I had hoped to sail along Norfolk’s waterfront today, but my father couldn’t make it so, I decided to stay closer to home and headed north to the Yeocomico River. A still somewhat rural area on the south shore of the Potomac River, the river was a fantastic diversion.

I know the season is closing. I know the water is cold. Today’s air temperature however was in the mid 60s. Winds were 10-15 mph, gusting to 20-24. That, a picnic lunch, and one reef served to make it a near perfect day. At 11:00 I launched UNA from Olverson’s Marina ($5). They have two 16′ wide concrete ramps to choose from. Launch was easy. We sailed out past maybe two dozen cruising sailboats at dock and a couple sheds full of powerboats out into Lodge Creek. There were also covered land slips available for boating and camping. Perhaps and Old Bay Club event could be based here?

Winds were flukey in the creek initially. Lulls and blows. You had to be on your toes. No cleating of the mainsheet. Once out in the Yeocomico, I could see St. Marys River across the Potomac. Had I started earlier, I would have sailed across.

Instead of braving the Potomac, we sailed past the mouth and into Parkers Creek for lunch. We went as far as Una would let us go, stirring up mud with board and rudder up. A bald eagle and great heron took flight at the tail end of the creek. Borrowing a small pier, we tied up, flatten mizzen and dropped the main for lunch. The sun’s warmth and light were perfect. 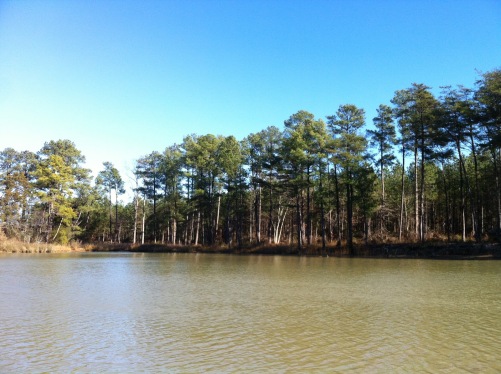 Lunch done, we reached back down creek to explore the other fingers of this pretty river. The wind seemed to have moderated as we watched oystermen dredge their harvest.

oystering
This boat was an interesting pram bowed barge.  Further on a group of workboats hugged the shore.

Having explored 4 of the 5 fingers making up the river, we headed back toward home. We passed a  large fishing operation was to starboard.

A couple videos here give some of the flavor. Another glorious day on the water. I almost didn’t go.

John Cowgill: Stories of the Railroad

Stories of my Railroad Journeys

Dedicated to the study & appreciation of wooden boats. WaitemataWoodys® was founded upon a desire to tell the stories & a need to archive the history of our classic wooden boats, the craftsman who built them & characters that owned & crewed on them. To share - email your photos, video's & stories to Flora McKenzie at waitematawoodys@gmail.com - Special thanks to marine author & historian Harold Kidd. Click the follow button at the bottom right of the page to get email alerts on new & updated stories. WW gets a LOT of emails every day - we like that, but sometimes we just can't answer them all, it's not that we're lazy or rude - just busy working on the next story :-) alan houghton - WW founder ©2023

Life and Learning on wooden boats